A new twist: Cycle like a pro on the Mergelland Route!

The Mergelland Route? Isn’t that just for tourists pedalling leisurely from pub to pub? That’s true, but there’s another way to look at it too. After all, it includes the route of the Amstel Gold Race. So if you’re looking for a challenging ride with plenty of twists and turns, look no further!

Wolfsberg. Loorberg. Eyserbosweg. Keutenberg. Bemelerberg. Each one is a literal high point along this route and a notorious climb in the Netherlands’ biggest pro cycling race, the Amstel Gold Race. Not your average succession of hills, but a series of climbs that leave even the toughest riders like Tom Dumoulin in awe.

Unlike the Amstel Gold Race, the Mergelland Route doesn't end with a climb up Bemelerberg – it begins there. Talk about a steep start! Once you're deep into the Downs between Noorbeek and Slenaken, you'll climb Wolfsberg and Loorberg. And just a few kilometres later, Eyserbosweg awaits.

Keutenberg in Schin op Geul is a merciless climb, with its steepest section at 22 percent. Less well known but almost as tough are Hellebeuk and Wallemerberg, especially after all those kilometres in the saddle. Because don’t forget: the Mergelland Route is more than 100 kilometres in length. In the end, you’ll be glad to get back to Maastricht.

The message is clear: tackle the Mergelland Route as a series of steep climbs and suddenly it’s a challenge and an adventure. And after cycling your heart out, what better way to relax than in one of the many lovely outdoor cafés in the south Limburg Downs? 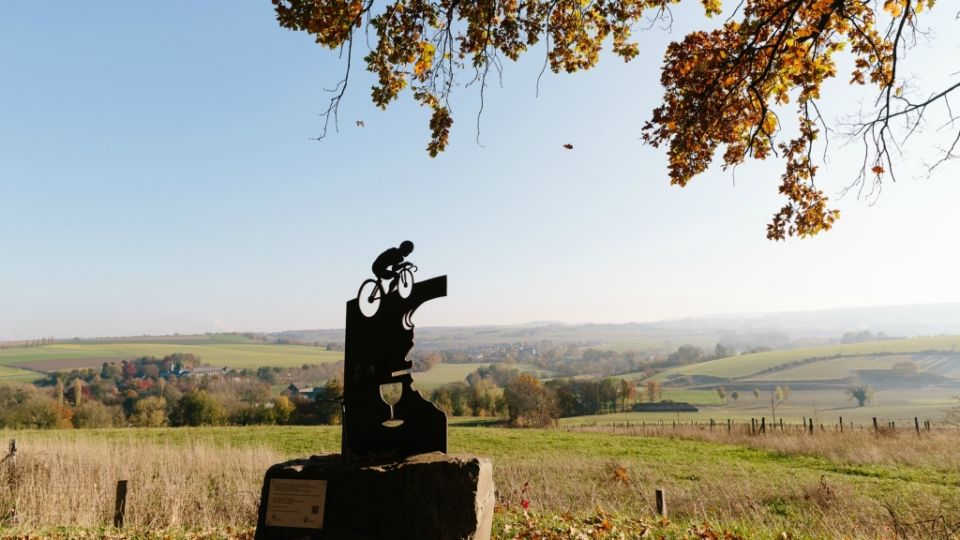