Test your mettle with these 4 MTB trails in Limburg

Limburg's varied landscape makes it ideal for mountain biking. Hills, sand, moors and water – in Limburg, nature itself is a challenge. It’s no wonder that the province has a huge number of MTB trails. We’ve picked 4 of the best. Test your mettle with an MTB trail in Limburg!

Bart Brentjens is the most successful Dutch mountain bike racer ever – a world champion, Olympic gold medallist and winner of the Cape Epic, the ‘Tour de France’ for mountain biking. He put the sport on the map in the Netherlands, and best of all, he hails from Limburg! That's why his annual Bart Brentjens Challenge, a major MTB race, is held in the province. You can cycle the same route and various alternatives at any time. They are all situated around Eijsden and the Belgian Voer Region along the south Limburg border. The race route itself covers no less 110 kilometres and passes through Eijsden, the Voer Region, Veurs, Noorbeek, Slenaken and Schweiberg. With 2,050 vertical metres and no less than 48 dizzying climbs, it’s an MTB trail of awesome proportions!

For more information on the various Bart Brentjens Challenge routes, check out this website.

2. Mountain biking on and around Mount Saint Peter

Mount Saint Peter – in Dutch, Sint Pietersberg – straddles the border between Maastricht in south Limburg and the Belgian municipality of Riemst. It has all the necessary ingredients for a challenging and enjoyable mountain biking experience, including a steep climb and lovely scenery at the top. There is a 5.1-kilometre MTB trail on the Dutch side of the hill that was voted the most technically challenging route in the Netherlands in 2018. Although it’s a short trail, the steep climbs and descents make it less suitable for novice mountain bikers. Another trail, located largely on the Belgian sideof the border, is easier and fine for beginners and families. While longer at 12 kilometres, it is mostly flat and has only one climb. Both trails start at Chalet D’n Observant on Lage Kanaaldijk, Maastricht. 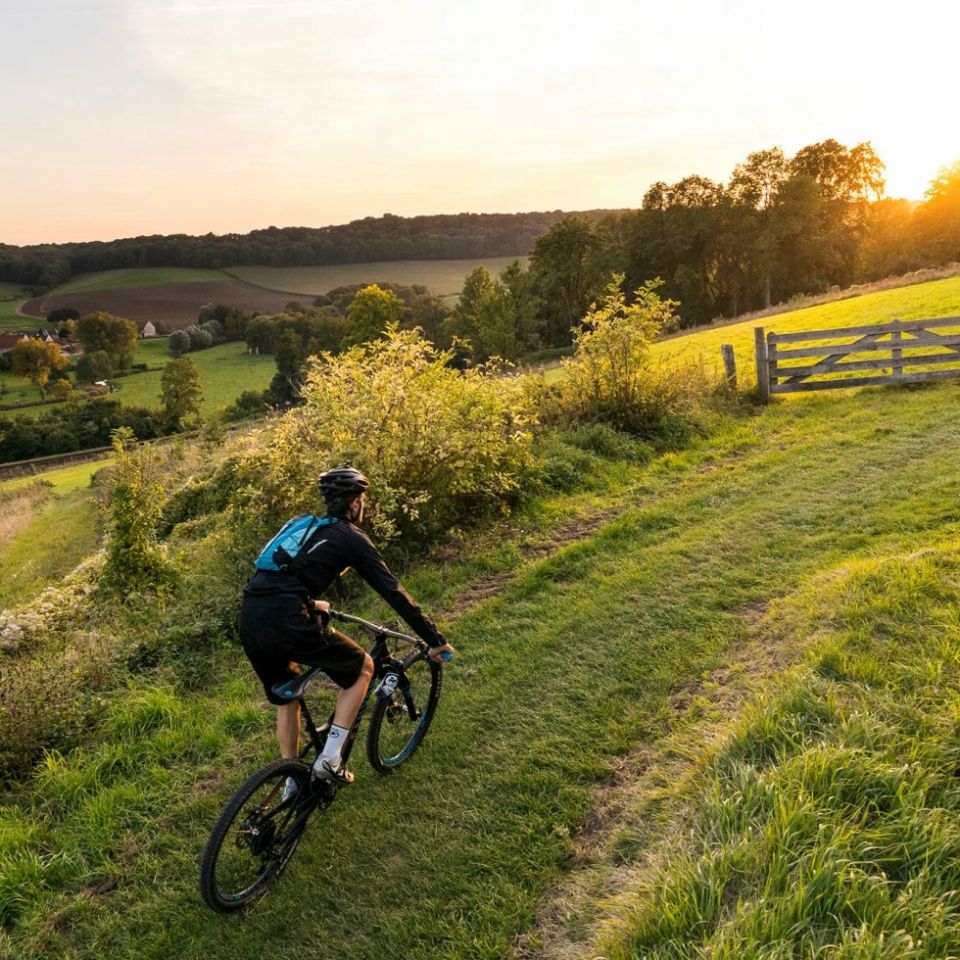 3. MTB trails in and around Weert

You can mountain-bike to your heart’s content in and around Weert in central Limburg. There are plenty of trails of varying lengths to choose from. The longest (the ‘south loop’) is 42 kilometres and crosses the Tungelerwallen Woods and Stramproyse Moor nature reserves. Unlike the MTB trails in south Limburg, the trails around Weert do not involve a lot of climbing. But don’t be fooled! Most of the south looo is off-road and on sandy tracks, making it a tough ride in every season: when it's dry, it's easy to wipe out in the loose sand, and when it's wet, you can get good and stuck in the mud. The landscape changes every few kilometres, as the trail runs through woods, then along meadows and waterways, and finally across moorland. Part of the trail crosses into Belgium. It starts and ends at Bier- en Spijzenlokaal Dennenoord in Weert.

Schadijkse Woods, at Horst aan de Maas in north Limburg, is a fantastic place for mountain biking. It has one of the most highly regarded MTB trails in the Netherlands, a tough 19-kilometre route that starts out flat but becomes more challenging by the minute. The entire trail is off-road and has a large number of single tracks – trails so narrow that riders are forced to bike single file. Twists and turns make this MTB trail through Schadijkse Woods especially thrilling! Start your ride at the car park along Lorbaan/Naaldhoutweg in America.

For more information about the MTB trail in Schadijkse Woods, check out this website.