Forget the Loire… Cycle from castle to castle in Limburg!

There are so many castles in Limburg that you'll be tempted to believe in fairy tales. Each is lovelier than the next, with moats, medieval courtyards, gardens, battlements, cannons and turrets as romantic features. We found 4 cycling routes that will take you past the loveliest chateaux and castles in the province. Forget the Loire, come cycle in Limburg!

From north to south, Limburg is blessed with a dense concentration of castles and chateaux. They tend to be well spaced because each was set in its own vast tract of surrounding land. The ideal way to explore several castles on a single trip is to cycle from one to the next along a designated route. Enjoy the exquisite scenery from your bike and stop for a princely lunch at one of the castle restaurants. The following routes will take you from chateau to castle and from castle to chateau. 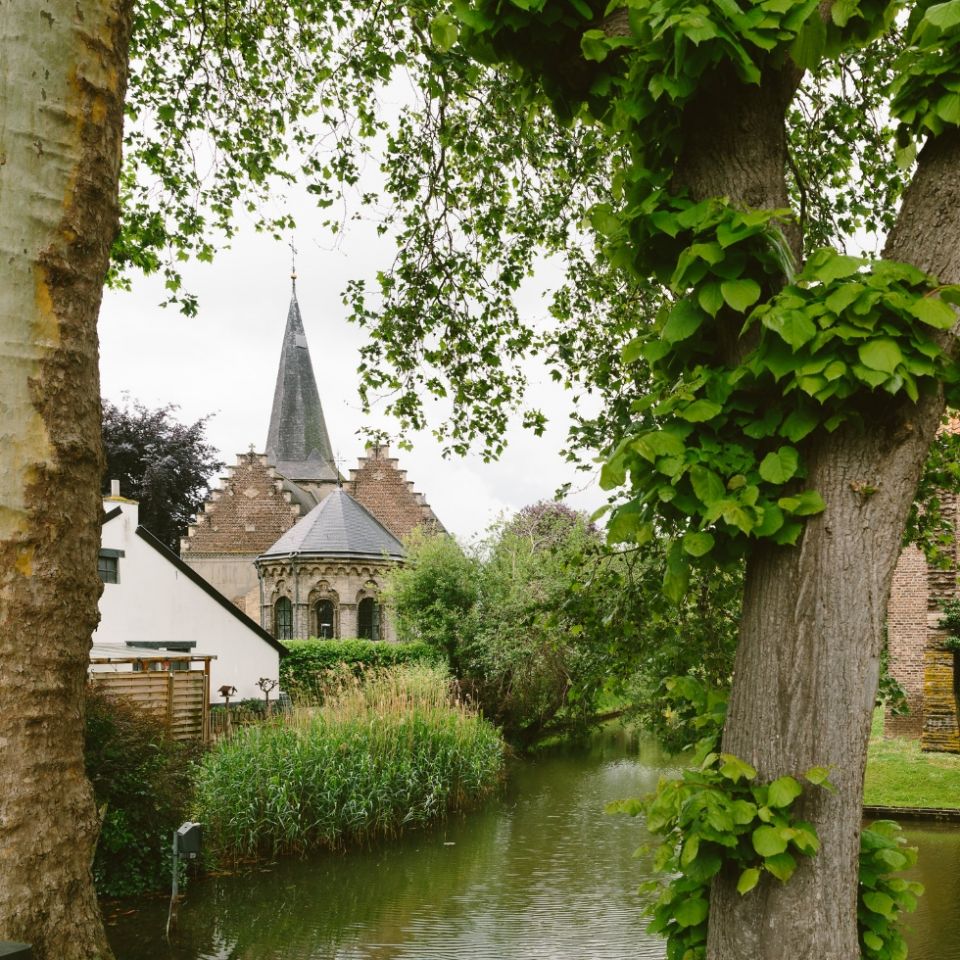 You’re never far from the river Maas on this cycling route in north Limburg. Dotted all around are castles and chateaux of every shape and size, from historic manor houses to castle farms and the phenomenal gardens of Arcen Castle as a highlight. To top it all off, the route takes you through the exquisite countryside and nature reserves carved out by the Maas.

Much of this route follows the river Maas. Like the Loire in France, the Maas has a string of castles and chateaux along its banks. You’ll start off in Kessel, cycle north following the river, and turn south again after Baarlo, pedalling through woods and enjoying splendid views across the Maas. Along the way, you’ll discover five exquisite castles.

South Limburg has the highest concentration of castles and chateaux in the Netherlands, but its rolling hills pose quite a challenge to anyone hoping to explore them by bike. Prepare for a few tough climbs or charge up your ebike before embarking on one of the most scenic cycling routes in the province. You will see some of Limburg's finest castles and chateaux, including Schaloen Castle, Oost Castle and Wylre Castle and Estate. Take a break in the gardens, treat yourself to a cup of coffee or view the artwork on display.

Much of the Parkstad Region has an urban feel, but in fact it also has many castles worth visiting, both in the built-up area and beyond. This cycling route starts with the very best: Hoensbroek Castle, one of the largest, loveliest and best-preserved castles in the Netherlands. Take some time to explore it inside and out before you hop on your bike. You won't want to miss the other castles on the route either; most of them are situated in enchanting green surroundings.

Our list gives you more than 160 kilometres to cycle and dozens of castles and chateaux to explore in Limburg. We hope that's enough to get started! Which castles have you spotted from your bike? Share your best photos on social media using #InLimburg.