Limburg may not have lions or tigers, but it’s home to several other wild species that you probably haven’t seen in their natural habitat. Some are rare, others very shy, but if you’re quiet and patient, you may just catch a glimpse of one of the Dutch Big Five.

An encounter with a wild animal in nature is an experience like no other. Limburg is the best place in the Netherlands to see the Dutch Big Five. With a little knowledge, patience and luck, you’ll be able to look one of these shy animals straight in the eyes. And if you’d like a little help, we recommend an excursion with a local forest ranger. Which of the five have you already spotted?

What? The red deer is the largest mammal found on Dutch soil. Its summer coat is red-brown and its winter coat grey-brown. Stags grow impressive antlers that they shed every year. During mating season, stags in the rut will ‘roar’, also known as ‘bolving’.

Where? In Limburg, red deer can be found in Weerterbos Wood, a nature reserve along the provincial border between Limburg and Noord-Brabant.

When? Despite their size, red deer are difficult to spot. They tend to hide in the woods in daytime, but venture out to graze in meadows in the early morning and evening. In the rutting season (September and October), you can see and hear the stags roaring.

How? The Limburg Landscape Foundation manages the area of Weerterbos Wood where red deer make their home. The Foundation organises red deer excursions.

What? The wild boar, also known as the wild swine or wild pig, is related to the domestic pig. Wild boars have dark coats and are stocky and strong. Males have tusks and a layer of cartilage extending from shoulder blades to rump, protecting their vital organs during fights. Piglets are known as ‘squeakers’ and have a striped coat, sometimes referred to as a pyjama.

Where? Wild boars can be found almost everywhere in Limburg. In fact, there are so many that they have become a nuisance in recent years. Meinweg National Park has a huge population of wild boars.

When? You can spot wild boars all year round. The piglets are born around March. Wild boars with young piglets can be very aggressive towards humans, so be very careful!

What? The roe deer is a small deer with a uniform sand-brown, red-brown or grey-brown coat. It has a cream-coloured rump patch that is especially conspicuous when it runs away. Calves have spotted coats. Roe deer are ruminants and likely to bolt suddenly if they sense danger.

Where? Roe deer live in wooded areas with open grasslands and on moorland. They can be found almost all over Limburg. Brunssummerheide Nature Reserve has a relatively large population of roe deer.

When? You can spot roe deer throughout the year. July and August are rutting season and the calves are born in late May and early June.

How? You have a good chance of spotting roe deer in the evening along the edge of the woods or in the twilight on the moor. You must be absolutely quiet. Natuurmonumenten – the Dutch nature conservation society – sometimes organises excursions in Brunssummerheide Nature Reserve.

What? The badger, a Mustelid, can grow to as much as a metre long. For a carnivore, it can be quite endearing, with its fuzzy coat, ungainly appearance and striped head. The badger’s clumsy manners make it a poor hunter, however, and so it mainly lives on earthworms, windfall fruit, maize and nuts. Badger clans build enormous burrows, known as setts.

Where? Badgers like to build their setts inside the bank of a sunken road, a landscape feature found only in south Limburg. The largest population of badgers is in Savelsbos Wood, near Maastricht.

When? Badgers are nocturnal creatures and especially active at night, but they can be spotted leaving their setts at dusk. Baby badgers, known as cubs, start to venture out from the sett from around mid-April.

How? You have a better chance of spotting a badger with night-vision goggles. Fresh soil around a sett is a sure sign that it is occupied. Take care not to interfere in the normal behavioural patterns of badgers, especially the young ones. 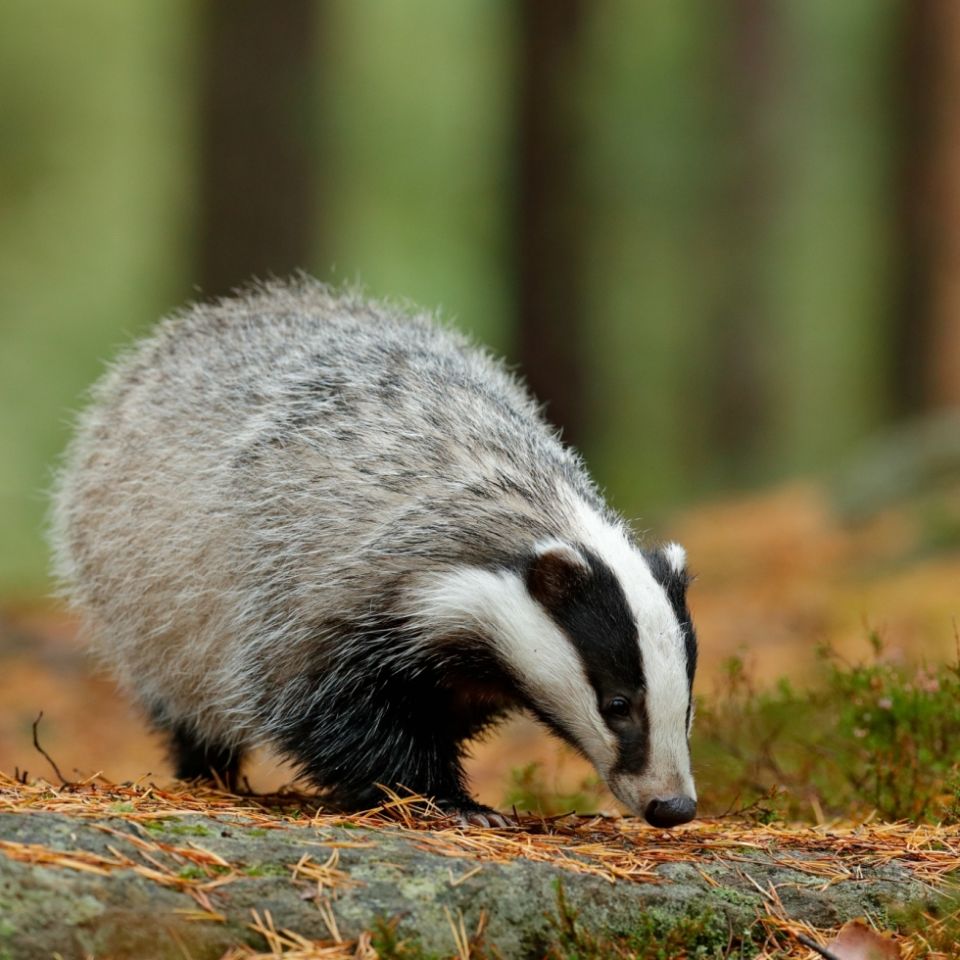 What? This canine nocturnal predator has a beautiful red-brown and white coat. Humans have hunted foxes for its fur since time immemorial, but also because they are notorious for attacking chickens. They live in dens that they dig themselves or in abandoned rabbit burrows or badger setts. A fox is a genuine opportunist and may kill more prey than it needs for food.

Where? Foxes can be found all over Limburg, even outside of nature reserves. They are making their way into urban areas as well. Nature reserves that have relatively large fox populations are Leudal nature reserve and De Groote Peel National Park.

When? Foxes can be spotted year-round. They are basically nocturnal but will hunt in the daytime when conditions are favourable. A fox in the snow is a very special sight.

How? Try spotting your first fox from the lookout tower Belfort Vossenberg. 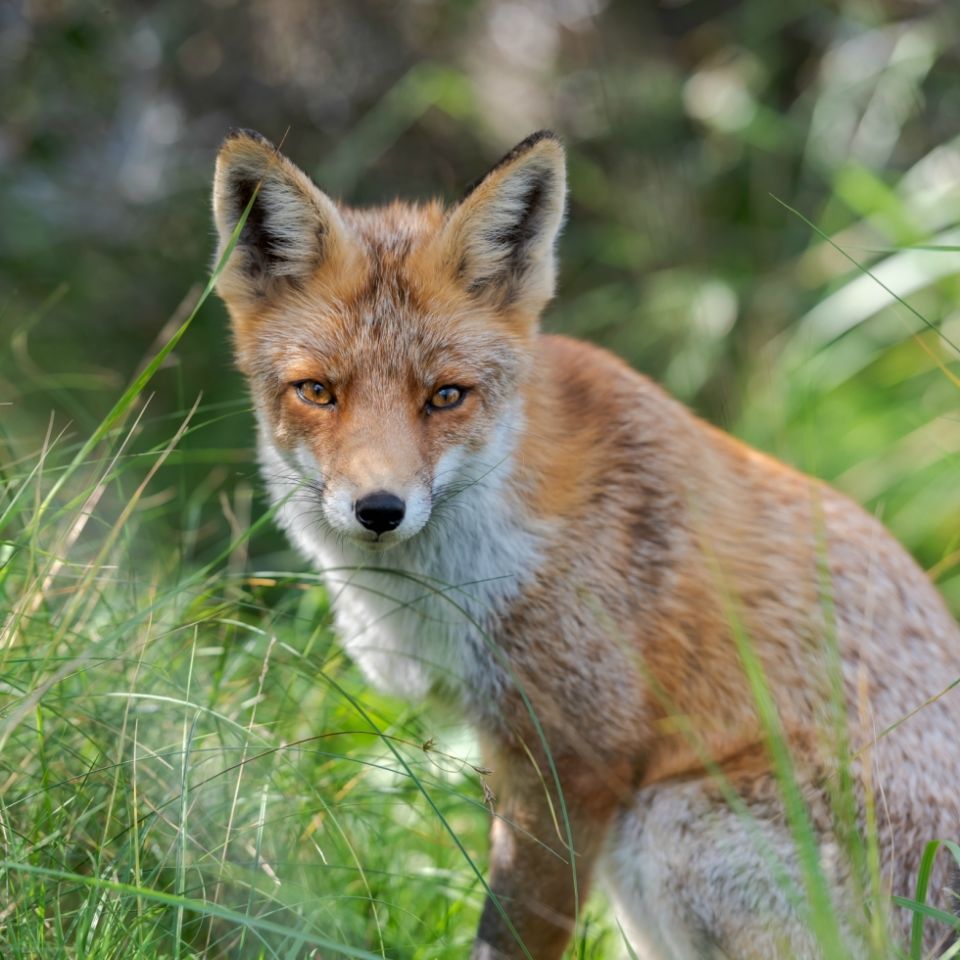 General tips for spotting wildlife during your walk in Limburg:

Have you spotted a wild animal in Limburg? Share your best wildlife photograph using #InLimburg and let us enjoy it too!